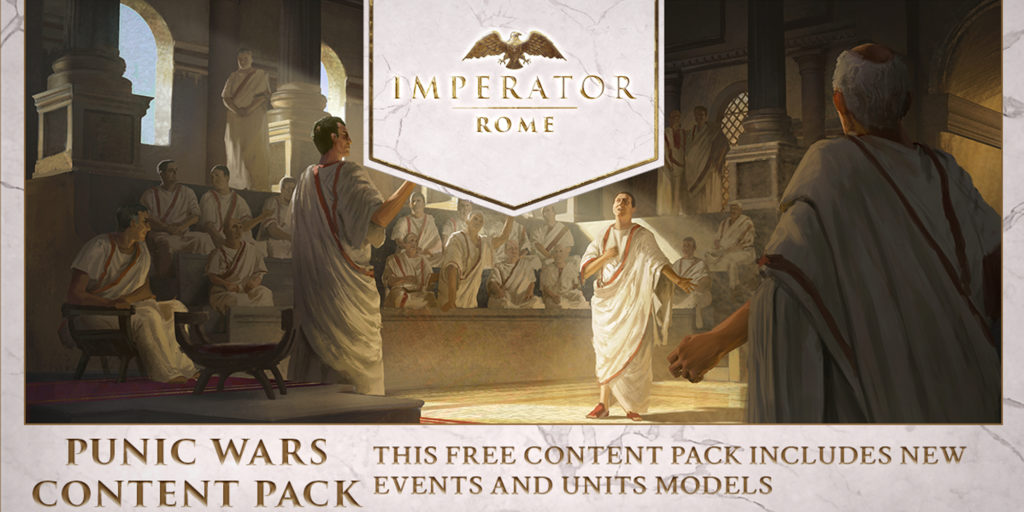 When the rulers of Messana invited Roman protection for their Sicilian city, they could not have expected that they were igniting a fierce rivalry that would set the Western Mediterranean aflame for over a century. Carthage had traditionally seen Sicily as its sphere of influence and it could accept no equal on the island. Rome and Carthage would go to war in 265 BC, in the first of three wars that would finally end with the sack of Carthage in 146 BC.

This free content pack for Imperator: Rome includes new events and units models to illustrate the greatest wars of the classical age – the superpower showdown between the nascent Roman Republic, and the established Carthaginian Empire.