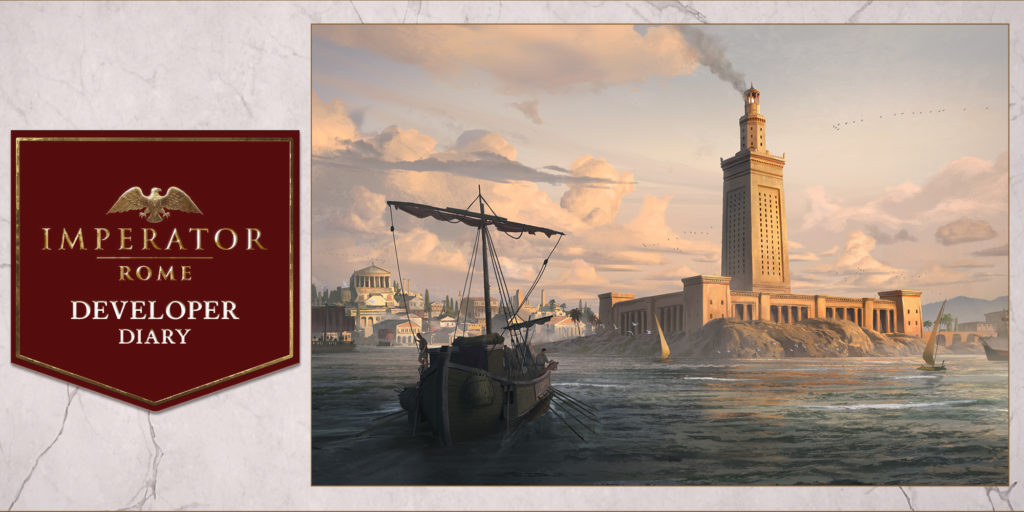 Hello and welcome to another Development Diary for Imperator: Rome

Today I (Trin Tragula) am here to talk about Rebellions in the Hellenistic and Republican era, as well as some changes that we are making to the game to accommodate a more historical outcome.

Rebellions in the era of Imperator: Rome 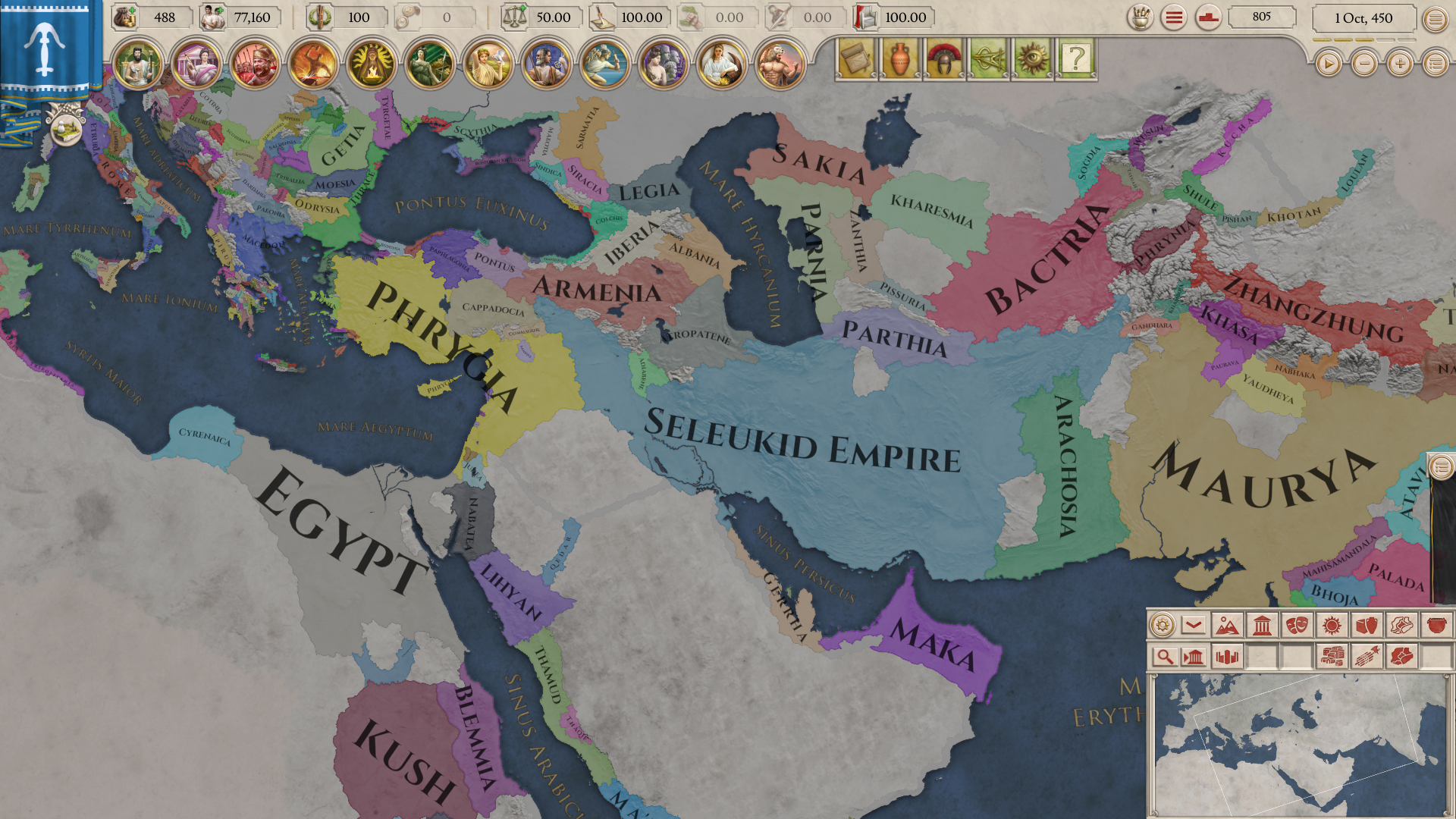 [Above] The aftermath of a great deal of Rebellions?

In many ways the era in which our game is set is as much associated with the crumbling of Empires as it is the rise of Rome. Not long prior the Achaemenid Empire was crushed by Alexander the Great, and only a few decades ago his empire then broke apart into pieces, with small regional rulers carving out their own countries from within the empire.
Likewise Rome itself faced local rebellions in various parts of the Empire, both while it was growing and in regions that had been under Roman rule for some time.

Rebellions are something we consider separate from the grand Civil Wars, where the goal was not to carve out a new realm but for Roman politicians and generals to further their ambitions against the Republic itself. Such wars, in which every citizen was supposed to pick a side, we have the Civil War mechanic in the game.
While there is perhaps room for improvement here it does in our opinion reasonably well portray things like the Civil Wars of Sulla or the Dynastic Wars in the Seleucid Empire.

Rebellions in the game on the other hand we have been less happy with. Up until now the rules for a Rebellion have been that once you have a high enough number of people living in disloyal provinces, all such provinces revolt at the same time, in one huge war.
This does perhaps seem to capture the way Alexander’s empire broke apart all at once after his death, but perhaps not for the right reasons. While monarchies are famously unstable on succession, with many rulers spending the first time in power ensuring the loyalty of the provinces they inherited, it is doubtful that all the unhappy people would revolt in a coordinated way throughout your empire. There are very few such grand revolts to find in this era, or even other historical eras.

The gameplay implications were also odd. It meant that expansion in itself was a good way to lower the risk of revolt, since the more land you owned, the more provinces would need to be disloyal before the rebels would dare try their luck.
Rather than a number of small fires that can grow into big ones unless you put them out across a huge realm rebellions are currently either nonexistent or giant wars of independence for all the oppressed peoples in your entire empire.

Changes Rebellions in the Menander Update 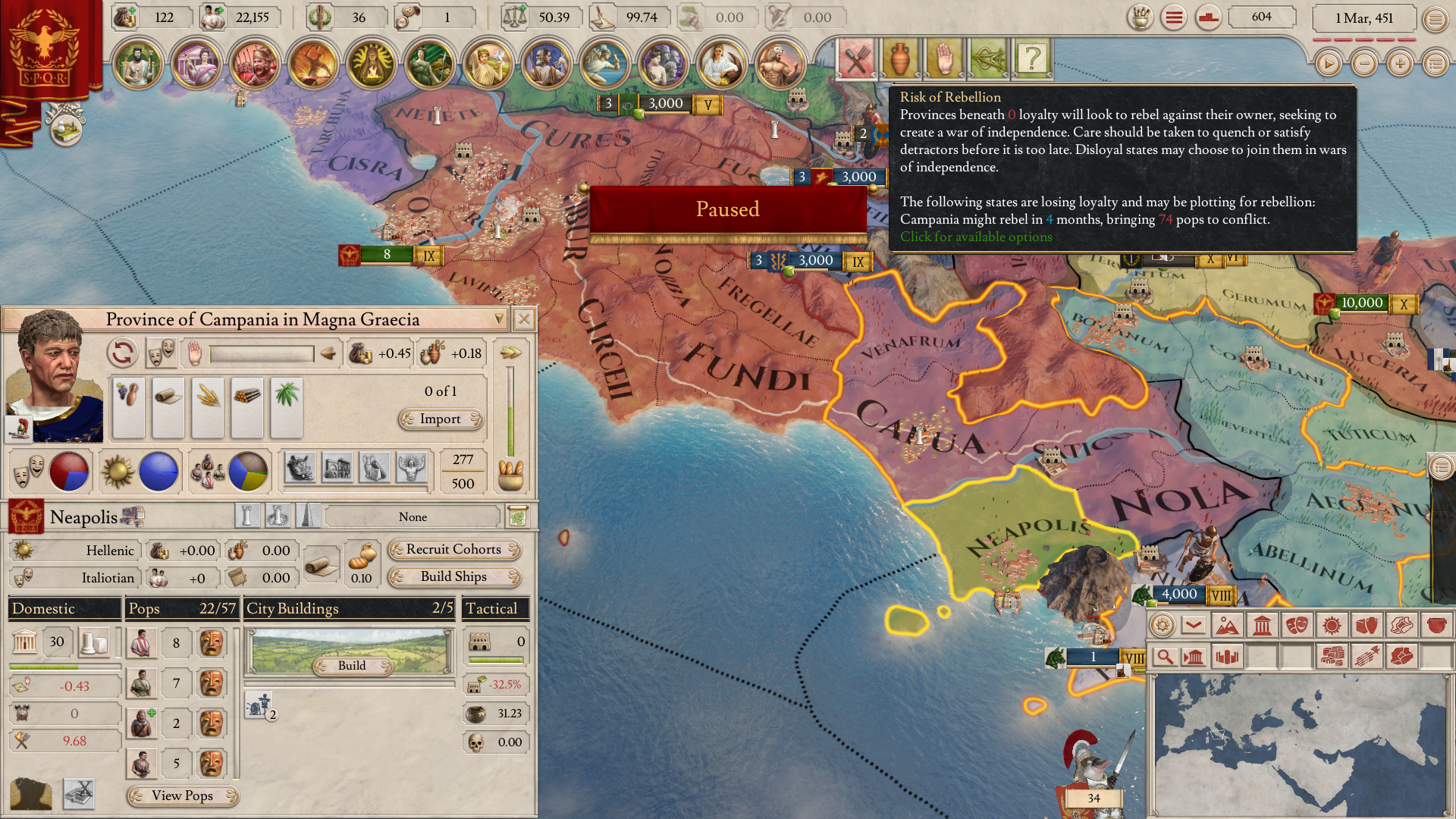 With the changes coming to how you handle cultures in the Menander update. With each culture in your empire having its own happiness rating within your country, making all of its pops more or less happy with your rule we are now able to offload more of the rebellion mechanic unto pops, but we don’t want to do this by having entire cultures revolt together. This simply does not match the historical reality most of the time, and it is also not very enjoyable to play.
Instead we want rebellions to be affected by things like cultural happiness, but ultimately depend on the happiness of your pops, as they exist in your provinces. When the people of a province has had enough they should rebel, with the possibility of said rebellion growing if more nearby provinces join the independence war.

In the Menander Update Rebellions have been reworked to this end. The national rebellion progress bar has been removed completely and instead the loyalty of each province, dependent on the happiness of the pops living there, is what determines when a rebellion breaks out. The rebels will not wait for a better time to strike, once their patience is up they will declare independence and take their chances. 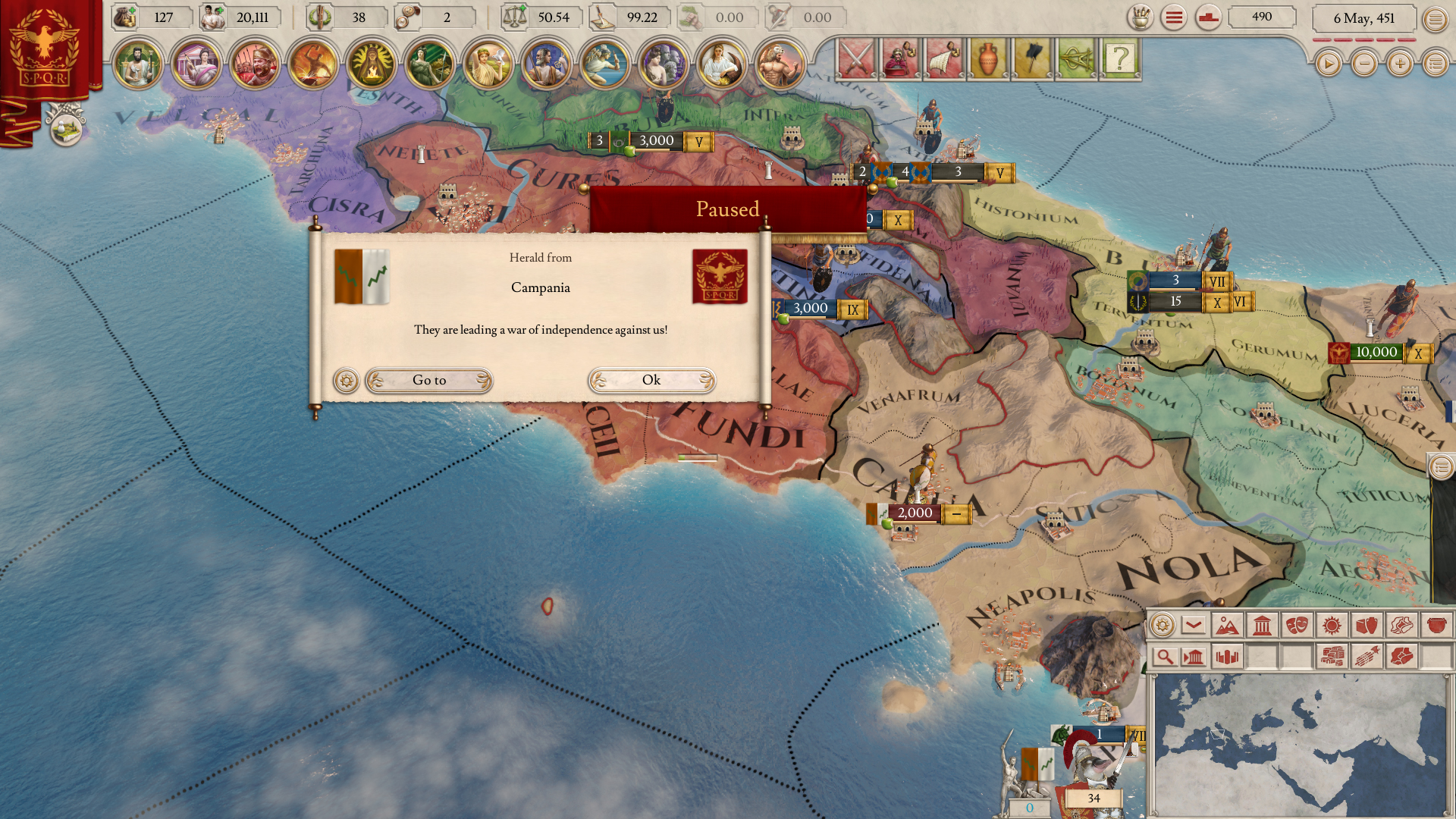 Just as before the main contributing factor for province loyalty is unrest, and unrest still comes from the unhappy pops you have in the territories within each your provinces. Together with the cultural happiness changes described in last week’s diary this means that if you treat a culture wrong you may well still see the pops of that culture coming out in Rebellion, but it also means that province that is being particularly harshly taxed will have a much shorter patience, and may well rebel from that alone.

When a province revolts it will form a new country, with the local culture and religion that was dominant in the province as its new state culture and state religion. This new country will immediately be thrown into an independence war, with the goal of securing its future independence. Should more provinces in your empire rebel, they will join the ongoing war if they are of the same culture, or start new individual ones if they are not.

While an independence war as a rule starts as a small revolt it can still grow into a bigger rebellion with more and more provinces throwing off the yoke and joining the ongoing war. This is especially likely if the reasons for the unhappiness that caused the revolt was tied to the low cultural happiness of a culture, rather than something more local.

[another province joins the independence war]

Lastly the independence war itself has been updated, instead of a supremacy war, where the way to get a ticking war score over time is to defeat as many as possible of the opponents troops, an independence war now uses a new war goal specific to rebellions.
The rebels are still the aggressors, but they war goal of the independence war is now capturing and holding the rebel capital (consequently it is the capital of the original rebel country that must be defended if more countries join a rebellion). Overall what this means is that in order to put down a rebellion the old owner must bring the fight to the rebels, and the rebels themselves will be able to succeed by just defending themselves, rather than by annihilating all forces of their old oppressors. 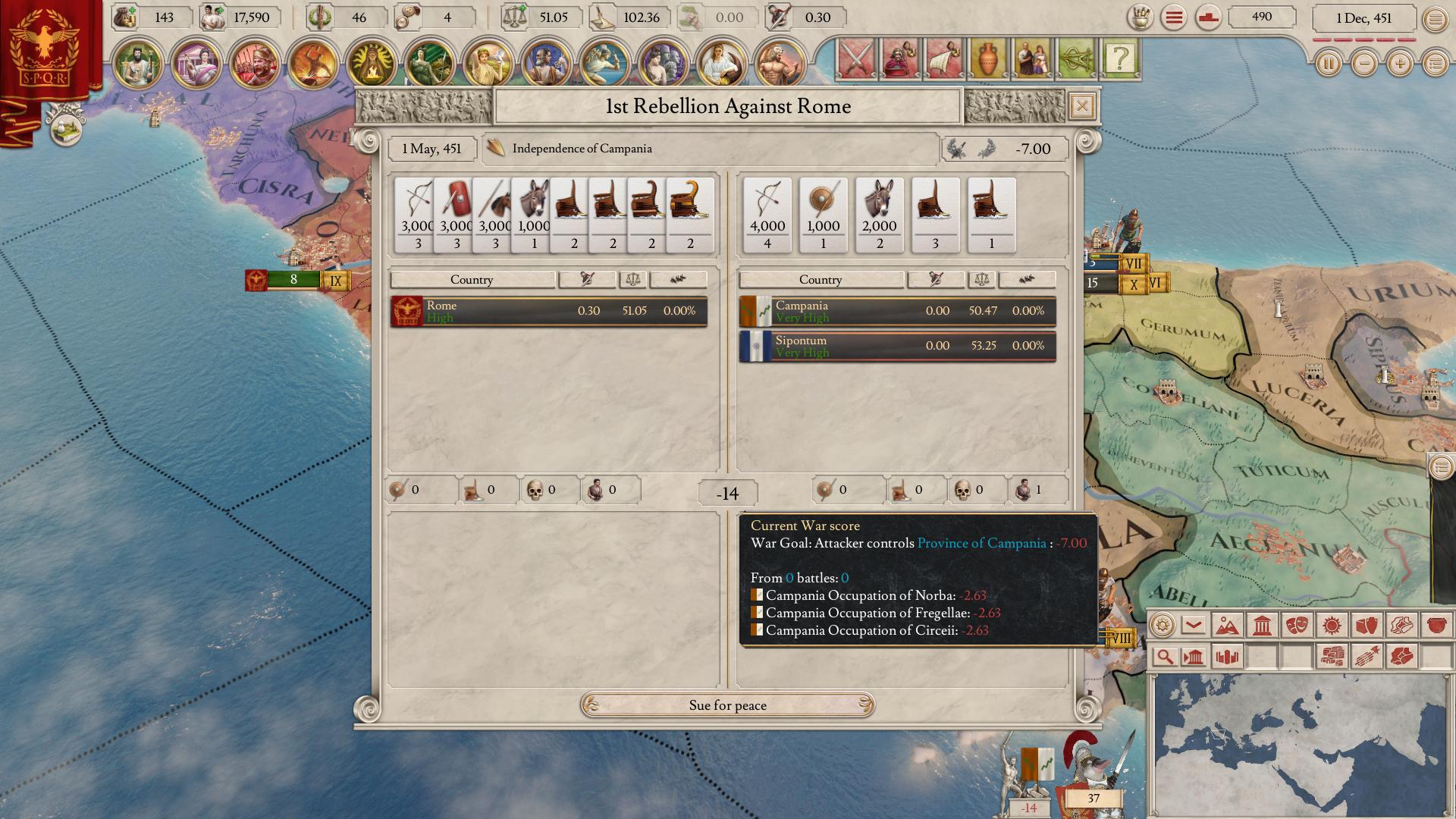 [An independence war in action]

What about the problems of monarchs on succession? Since I used it as an example above I will add that in monarchies provinces now take a small one time hit to loyalty whenever succession occurs.

Another problem with the old rebellion system is that unrest plays too many roles. Unrest mainly comes from unhappy pops living in a territory, and its main effect is to reduce the loyalty of the province that territory is in. This much is something we like.
But unrest also has a number of other effects such as reducing manpower, taxes, etc, often the very things that the low happiness of your pops have already caused.

In the Menander update we have streamlined unrest a bit. It will now almost only come from one source: Unhappy pops.
Unrest will also no longer have any effect on the economy of a territory in itself at all. When you see unrest in a province what you see is how rebellious it is. Currently it does still have an effect on things like assimilation, migration and conversion however, this is subject to change still. 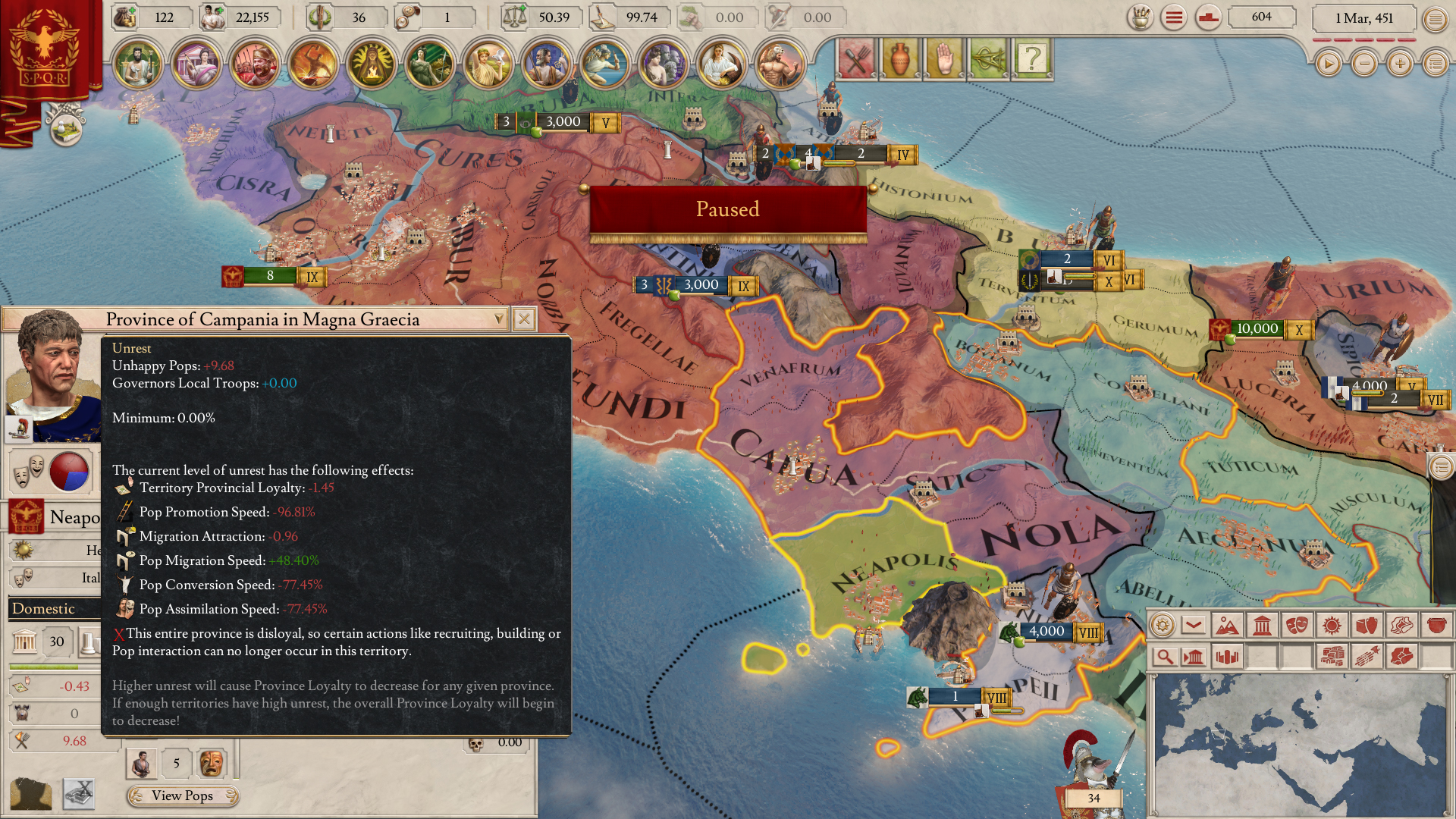 [unrest as it currently stands in the internal build]

Existing things that affected unrest directly have now all been converted either to something that affects happiness or other things when that makes sense.

What about subject countries?

We will get back to subject countries in a future diary. For now I will say that when a rebellion breaks out a subject country of the right culture can join the independence war just like rebellious provinces can, given the right circumstances. The new independence war goal is also available for all subject countries against their overlord, with its focus on the aggressor surviving by defending themselves, rather than by defeating all armies of their former overlord.

That was it for today!
I hope that you will enjoy these changes, which we are now busy trying out and balancing. As usual any numbers you see in the text or in screenshots are to be considered work in progress.